RepreZen API Studio supports API design-first and API CodeFlow with a highly-evolved, extensible code generation engine. Starting with the 1.6.13 release of API Studio, these capabilities are repackaged as GenFlow. GenFlow is RepreZen's open framework for API code generation, soon to be announced as an open source project on GitHub.

Starting in release 1.6.13, GenFlow is seamlessly integrated into RepreZen API Studio. It works the same as our previous code generation framework, with GenTemplates as reusable code generators, and GenTargets, which wire a specific API specification document as an input to a GenTemplate with configuration options.

The main differences with GenFlow are:

Because of these changes, there are some limits to forward compatibility. The following table summarizes:

Your existing pre-GenFlow projects, created with RepreZen API Studio 1.6.12 and earlier, will run in the new API Studio release without any modification.

Just be aware of this important limitation:

The New GenTarget Wizard and the New API Wizards for OpenAPI v2, v3, and RAPID-ML will offer the option to update your project to work with GenFlow. If you uncheck this option, the wizards will not allow you to create new GenTargets. You can also update your project directly, using the Update Project to GenFlow menu command in Project explorer. The following sections explain how project update works in each of these contexts.

Updating your projects to work with GenFlow is safe, automated, and ensures that you have access to the latest GenTemplates and code generation technology. The project update only changes one file, which is the Maven pom.xml file in in the root folder of your project. Your old pom.xml file will be backed up to pom.bak.xml before update takes place, so you can revert to the earlier project configuration if needed.

In the New GenTarget Wizard, if you have selected an API model in a pre-GenFlow project, you'll see a checkbox to update the project to work with GenFlow. 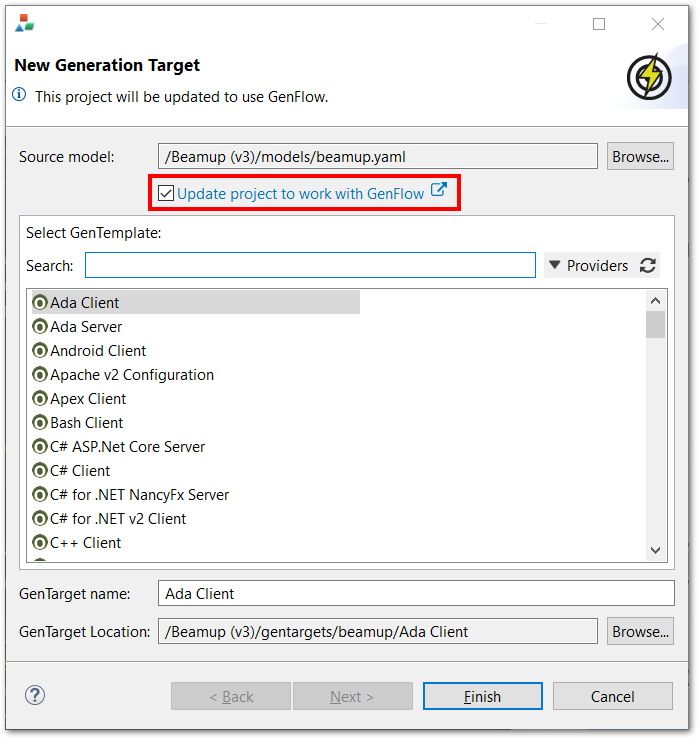 If you uncheck this option, you won't be allowed to create a new GenTarget.

Updating to GenFlow from the New API Wizards

The New API Wizards for OpenAPI v2 (Swagger), OpenAPI v3, and RAPID-ML also have the option to update the containing project to support GenFlow. 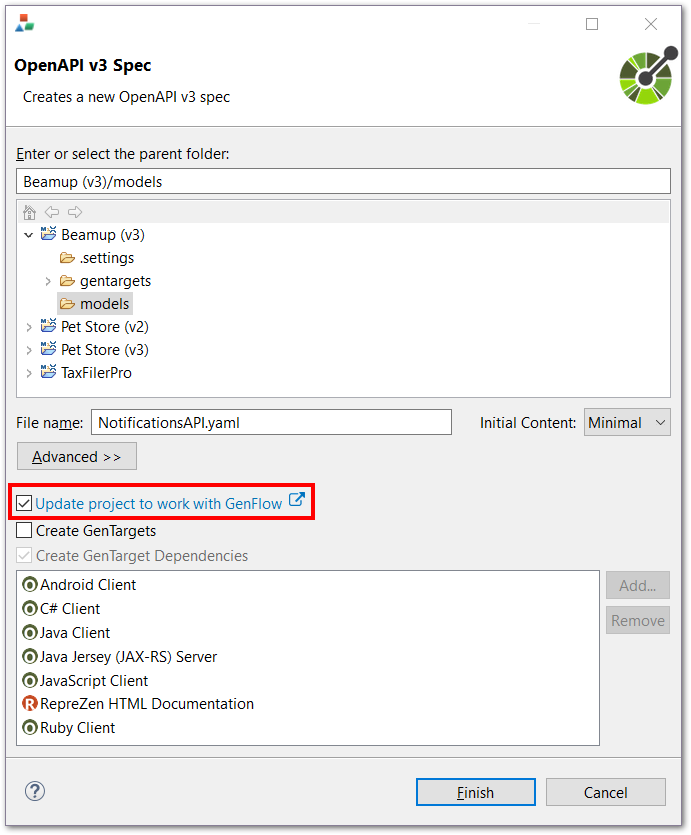 Updating to GenFlow from the Project Explorer

You can update a pre-GenFlow project to work with GenFlow at any time from the Project Explorer. Just right-click on the top-level project, and select Update Project to GenFlow from the context menu. 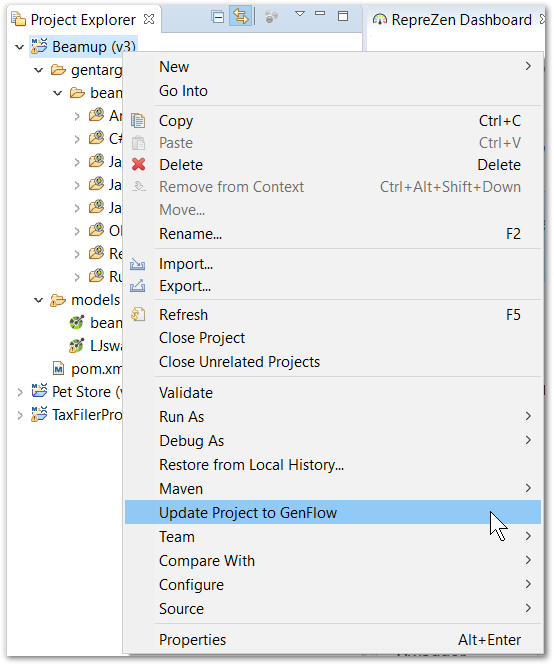